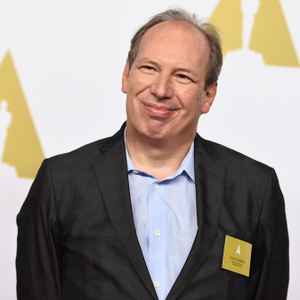 Zimmer began his musical career playing keyboards and synthesizers with, among others, the bands Helden (with Warren Cann from Ultravox) and The Buggles ("Video Killed The Radio Star"). He was also a member of the electro-wave band Krisma. In the 1980s he worked with film composer Stanley Myers, but his breakthrough came with completing the score for film "Rain Man" (1988), which was nominated for an Academy Award.

Since then, Zimmer and his studios have composed music for many major blockbusters. In 1995 he received an Academy Award for Best Original Score for the animated movie "The Lion King" (1995). From a vast catalogue of work, he composed the theme for the boxing series "The Contender" (2005), and also produced the soundtracks for the anime series "Blood+" (2005).

December 27, 2020
I audited a UCLA “music in film” class that my girlfriend was taking. The instructor, Paul Chihara, who is a very noted modern composer who worked frequently with Sidney Lumet, called Zimmer the “musical antichrist”, and I have to agree. You can’t just vomit notes, mix it to ear-bleeding levels, and calm that a film score. I do like PAPERHOUSE, but half the cues aren’t his
See 1 reply