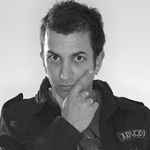 Real Name:
Mobin Master
Profile:
DJ, Producer and Musician.
Mobin Master is known for his world-wide hit re-work of “Show Me Love” which created dance music history as one of the biggest dance tracks of all time. ARIA nomination and #1 charting track in many territories.

His productions and remixes are heavily supported, charted and played from the ground up to the biggest Djs all across globe including TIESTO, CHUCKIE, ROGER SANCHEZ< MARK KNIGHT, SHM, RICHARD GRAY to THOMAS GOLD.

He is the owner of the largest Australian independent record label and internationally recognized label SAFARI MUSIC. He has been pivotal in developing artists in the cutting edge, MELBOURNE BOUNCE.