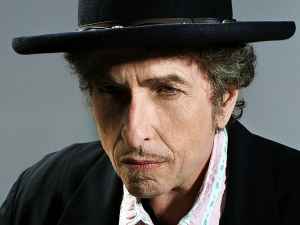 July 1, 2021
Yeah, there really is no one else like him in recent American history. Poetry is so important to shape a society's sense of itself. In the era of the internet that function has gotten swallowed up by noise and disinformation. Dylan abdicated being a political singer in order to be entirely himself. Often a pain in the ass, but always true to his personal vision. A great American artist, uncompromising and I think often isolated. Can't really do what he's done any other way...

June 2, 2021
Why does "Highway 61 Revisited" appear before "Bringing It All Back Home" in the above list ?
Isn't this supposed to be chronological ?
See 1 reply

September 17, 2020
There is Bob Dylan and then there is everybody else.

December 1, 2018
10 releases since "Tempest." That probably will be his last album of new songs.
See 3 replies

September 8, 2018
Why did the Self-Portrait 2lp got voted by poll for Dylan`s worst album at that time when it was the best impression on him? I guess they pulled it to pieces for it`s conceptional work - not being a "Hit Album" and the featured country musicians which were outdated in 1970. Just another example how hard critics can fail.
See 3 replies

November 1, 2017
I don't see the 1962 self titled debut studio album. Seems odd. I was actually looking to buy one because I no longer have it.
See 1 reply

April 25, 2014
A lot of listeners never liked Dylan's voice, I guess because it was so different from anything else they were used to hearing from someone capable of such songwriting brilliance, and popularity, and influence? It was polarizing as I remember, but it's worth noting how annoyed Donovan Leitch has been over the years for being accused for imitating Dylan's sound as early as "Catch the Wind" (1965) though he claimed that he didn't hear Dylan at all until after he'd recorded his first handful of tracks for Pye (believe it or not). But...does anyone remember or has ever read how a (admittedly great) Donovan recording as "Season of the Witch" (IMO probably his finest single achievement) has Dylan's singing style of the time (stretching words and syllables, and singing loudly and archly to make sure the message sank in) all over it, it's so obvious? I think what Dylan did was be his own man (while borrowing as needed) and with support from Columbia records, his manager, and others, found his way to greatness. Yet if his voice sucked so much, why did "Lay Lady Lay" or "Knockin' on Heaven's Door" become hits beyond the fine songwriting and arrangements? Well...maybe that voice was 'just right' and perfect after all? He used his limitations to his advantage as necessary, almost innately, and his remarkable songwriting abilities forced listeners to accept him as he was. There has always been a greatness in that, too.
See 1 reply