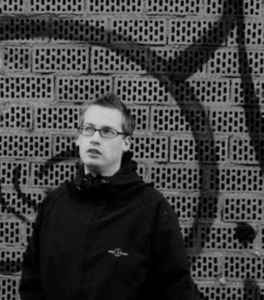 Real Name:
Sebastian Unger
Profile:
He is a sound engineer per exelence – who never left something to chance. His work sounds similar to Funkstörung, Phonem and Richard Devine.

Camoz also known as toggleswitch got in touch with the electronic music in the beginning of the 90ies when the east german clubscene was pushed up after the wall came down.
So he started as a dj when he has played together with maatadore Techno, electro, ambient in their project Spacecadets in 1994.
In 1999 both decided to take a break from their project and built up a new formation called operation mindfuck. It was a platform of different styles and artists and after a while it developed to an audio-visuell adventure after other artist has joined the crew.
The Sound started with mixture of Jungle & breakbeat and changes slidely more and more to idm & electronica. They organizes a lot of parties when famous artists came to play like Current Value, Phoneheads, Richard Devine, Lexaunculpt, Phoenecia, Phonem, Swap, Hrvatski, Skanfrom and many more or creates an own IDM Festival called “We observe & influence you” .
In 2000 he put away the records and the headphones and changed it to become a producer. One year later he founded together with maatadore the independent label Ma’at records and released his first record “Artifical EP” in 2002. It was straightly followed by the second release “Ground zero. [Verbal Attack]” a recording of a live-perfomance of both for the Open Channel Radio Corax in Oktober 2001.
After his participation in different art project with unreleased work so far, he published a live perfomance “propaganda controls the public mind” for the operartion mindfuck rebirth @ superkronik on maat records in 2005.
At the end of 2007 the empath invited him to join the “Second Earth Remix Project” and he has participated on that with 2 remixversions, one as Camoz and an other as Silbiose.
In 2007 he started a sideproject with Luisa Fischer (vocals & lyrics) named Silbiose which combines german sprechgesang with his rough and experimental electronic sounds. Their first album will be released in the middle of 2009.
Sites:
MySpace, spacecadets.de
In Groups:
Silbiose