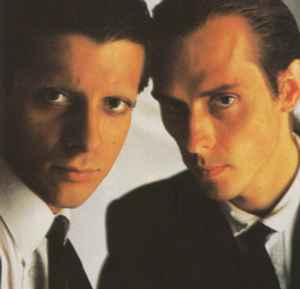 Profile:
This band was a collaboration between Bauhaus' singer Peter Murphy and Japan's bassist Mick Karn. The result was a unique music with strange dark moods, based on the particular sound of the fretless bass.

In August 2010, Peter Murphy announced on Twitter that he and Karn were planning to head into the studio in September the same year to begin work on the second Dalis Car album. The project was cut short, however, when Karn was diagnosed with cancer. He died on 4 January 2011, thus ending the reunion. Five of the tracks they did record were released on April 5, 2012 as an EP entitled InGladAloneness.
Members:
Mick Karn, Peter Murphy
Variations:
Viewing All | Dalis Car
Dali's Car, Dali’s Car