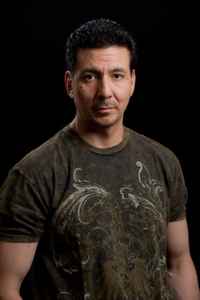 Real Name:
Carlos Berrios
Profile:
Colombian-born New Yorker who started out as a DJ before falling into the editing business in the late 80s. He partnered up with Omar Santana to form the famous Hit Squad who were responsible for re-editing many classic hip-hop and freestyle tracks of the time. He also anonymously produced a couple of well-known bootleg 'mastermix' records in the form of "Bits and Pieces 86" and "Bits and Pieces 87".

With a growing reputation in the underground as a beat master, Carlos was asked to DJ at the mammoth Queens Arena "Lamour East". Soon after, Carlos produced his first two records, "Out Of Control" by Corina, which was penned by Brooklyn's own Frankie Bones, followed by Jasmin's "On The Loose". Carlos then signed to Profile Records as the artist "Only In The Dark" and released his first single "Make Noise", which featured first time vocalist Lisette Melendez. Carlos then got Lisette signed to Russell Simmon's RAL/Colombia label through the Bronx's own Fever Records and scored his first Top 40 hit with his then revolutionary production of "Together Forever". Written by Franc. Reyes, and Frankie Cutlass, this record was credited with rejuvenating the pop dance music scene and led the way to Corina's "Temptation" for Atco Records. A single that found it's way into the Top 10. The only Freestyle Record ever to do so.

Incredibly talented Freestyle producer, most notably know for his productions involving Corina and Lisette Melendez. Also known for his amazing multi-edits. As of yesterday, there was a video shoot, which I had the honor of being included in, for a documentary shot by The Santana Twins. This took place at my home aka the Freestyle Hall of Fame! They will be interviewing various big time freestyle producers,etc. Our fist guest and interviewee was none other than the legendary Carlos Berrios!!!! I also asked some questions while providing a mix of Carlos' exceptional freestyle work.This is the first of many. Pics just added to my site on the home page. FREESTYLE HISTORY!!!!!!!!!!!!!!!