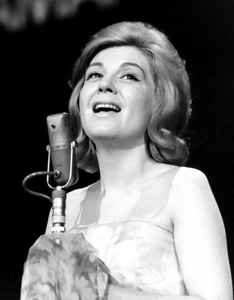 Real Name:
Jelena Ana Milčetić
Profile:
US jazz vocalist (* 21 July 1930 in New York City, New York, USA) who has worked with some of the most notable artists in Jazz history.
Her parents Antoinette and Frank Milčetić were Croatian immigrants from the island of Krk in the Adriatic Sea.

Her first album, the eponymous 1955 release Helen Merrill, was an immediate success and associated her with the first generation of bebop jazz musicians. After a prolific 1950s and '60s when she recorded with Charlie Parker and Clifford Brown, Merrill spent time recording and touring in Europe and Japan, falling into obscurity in the United States.