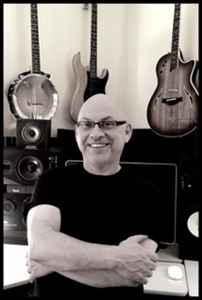 Real Name:
David G. Powel
Profile:
David G. Powell is a Music Supervisor and Music Rights Specialist with over thirty years of experience in the music & entertainment industry and a wide, varied knowledge of its creative, business and legal aspects.

David has appeared on numerous music industry panels as a guest speaker. He is the creator and facilitator of "Writing For Success" and "Music For Film & Television", one day workshops designed to fill the void in the educational programs available to songwriters and composers.

David Powell is also co-founder and co-director of the nonprofit music organization, "In Harmony With The Homeless", including co-executive producer of its self-titled national CD release (Miramar/BMG/1996). In Harmony with the Homeless brings together top professional songwriters in collaboration with formerly homeless adults and at-risk youth with the goals of creative expression, self-esteem and individual empowerment.