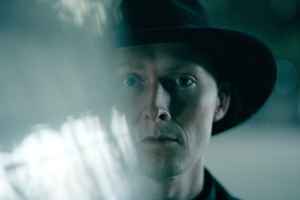 Real Name:
Lawrence English
Profile:
Lawrence English is an artist, composer and curator based in Australia. Working across an array of aesthetic investigations, English’s work explores the politics of perception and prompts questions of field, perception and memory. English utilises a variety of approaches including visceral live performance and site-specific installation to create work that invites audiences to consider their relationship to listening, place and embodiment. Over the past decade he has worked with sound as a medium for embodied experience and is determined to share his interests in the transformative and sensorial transgressive possibilities of sound. He is a Sidney Myer Creative fellow, was awarded an outstanding doctoral thesis award in conjunction with his PhD in 2017 and has been supported by the Mike Kelley Foundation for his public artwork project in Los Angeles, Seirá.

In his gallery practice, many of English’s works draw on ideas of spatial field and relativity. His work Audition (2015) for the Asia Pacific Triennial utilises massive acoustic mirrors within which a listener can greatly augment and amplify their capabilities as a listener.

As a composer, English’s 2014 album Wilderness Of Mirrors resonated strongly across Australia and the Northern Hemisphere. The album was widely praised and recognised as one of the most provocative and individual voices of adventurous Australian music in recent times. His compositions occupy a unique position where acoustic and electronic sources share similar textual and timbral qualities, blurring the nature of the source and creating a relative sonic tabula rasa. This allows the listener to move freely within the pieces and create their own reading of the music, both contextually and acoustically.
As a curator, English has been actively involved in the development and increased recognition of sound as an art form within Australia, through his record label and multi-arts organization Room40. He has curated exhibitions of international and Australian sound artists, which have been shown in Australia, Singapore and The Philippines. He is currently working as curator on an exhibition for The Getty’s Pacific Standard Time held across Los Angeles in 2024.

He has also worked extensively in sound performance, directing festivals such as Room40’s Open Frame, which has been held in London, Stockholm and now annually in Sydney. He also directed the Liquid Architecture, Frankly! and Sound Polaroids festivals. as well as the performance series MONO (for the Institute Of Modern Art), Syncretism and NineHoursNorth (for The Judith Wright Centre of Contemporary Art) and works extensively with other galleries and major festivals such as Dark Mofo, Sydney Festival and Monash University Museum Of Art, where he devises unique performance programs. He has presented over 400 artists across his time as a curator.