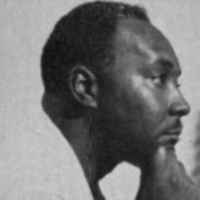 Real Name:
Howard Maceo Biggs
Profile:
Howard Biggs is primarily known for his involvement with doo wop and other styles of vocal harmony groups in the early days of rock & roll. Like nearly all the musicians involved in the doo wop genre, Biggs was also active in many other styles of music.

As a pianist he led his own bands as well as working with jazz vocalists such as Dinah Washington, and his skill as an arranger contributed to every musical situation he was in. The best known Biggs arrangement would be the massive hit "Get a Job", recorded by the Silhouettes in 1957 and a number one hit when finally released the following year.
Sites:
Wikipedia
Aliases:
Maceo Howard
In Groups:
Hot Lips Johnson And His Orchestra, Howard Biggs & Band, Howard Biggs And His Music, Howard Biggs Orchestra, The Beavers (10), The Ravens (2)
Variations:
Viewing All | Howard Biggs
Bggs, Bigge, Biggs, Biggs Howard, Bill Biggsx, Briggs, Diggs, H Biggs, H. Biggs, H. Brigga, H. Briggs, Howard Biggs And His Music, Howard Briggs, Riggs