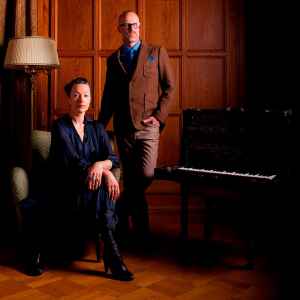 Profile:
A Swedish synth-pop band that was founded in 1980 by Eddie Bengtsson, Anders Eliasson and Marina Schiptjenko. The band was disbanded in 2000 and the members at that time were Eddie Bengtsson, Mikael Thornqvist & John Liljestrand. Eddie then reunited with Marina in 2010 which also saw a new album; in 2013 another was released.

The 80's cassette albums of this band were very cool, but all are lost, although some songs from them were published on compilations and retrospectives. Perhaps it was the best period of the band.