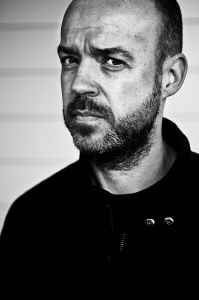 Real Name:
Dirk Serries
Profile:
Dirk Serries began working in the early-1980s Belgian DIY industrial-tape music scene under the Vidna Obmana moniker. While his first recordings featured harsh industrial music, his work gradually shifted into ambient music and a sound tribal influenced by notions of primitive music.
In 2005, the Vidna Obmana project was put to rest and Serries started to produce work that focused on guitar drones under the name of Fear Falls Burning, releasing twelve albums under this name. During this time he also started to produce more ambient guitar oriented music with his Microphonics project. The Fear Falls Burning project was ended in 2012, while he chose to the Microphonics project active.
Even though Serries has had a long personal interest in jazz music, it has only been in recent years that he has moved his work in the direction free jazz, free improvisation and avantgarde jazz, resulting in various projects related to improvisation and avantgarde music and his own A New Wave Of Jazz label.