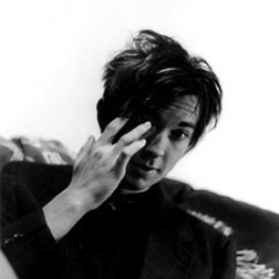 Real Name:
Alex Brandon Graham
Profile:
Lexaunculpt was part of the American revolution in IDM in the late 90s and early 00s, along with others like Phoenecia & Richard Devine. Before the age of 20, he released two EPs and one LP and then disappeared, making appearances every so often on compilations and remixing other people’s work. He later formed The Internal Tulips with Brad Laner of Medicine.
Sites:
Bandcamp

May 11, 2004
Anyone who thinks electronic music is incapable of capturing the purer essences of human passion,spirit,or emotion,has not yet been blessed to hear the brilliant and sublime songs of Lexaunculpt.This is music that will not fade away with any genre's passing,for this is music far too genuine to fall into any categorical snares.If You have not heard Lexaunculpt,You are really missing out on something too amazing to describe.
Reply Notify me 2 Helpful

February 24, 2003
This kid is a genius and will become very popular this year when he releases a full length album on Planet-Mu.
His sound is incredible and he has a particular skill with classical style pieces such as the Anburl track from Oh Here's Some Noises.
Reply Notify me Helpful

Lex has a sound that is hard to descibe, but it is absolutely amazing. He has a touch of an Autechre feel, but he's not just another IDM rip off. He combines old-school break beats with electro-bleeps and various other noises.
His sound and feel is untouchable. Please check him out, it's worth it.