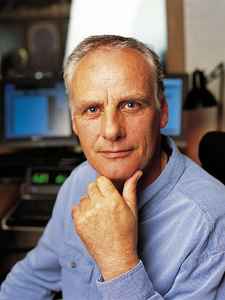 After opening a record shop, Davies became a recording studio intern/engineer at Island Studios. His first full session was on Brian Eno's 1973 LP, "Taking Tiger Mountain (by Strategy)". An appreciative Eno granted Davies a royalty on that album and his subsequent innovative releases with Davies. The two pioneered the "playing the studio like an instrument" concept: tape loops in pop music and using a rhythm box to lay down the beat during basic recording, then adding a live drummer later. Davies also worked with numerous other artists including Roxy Music, Bryan Ferry, Dire Straits, The B-52's and many others.