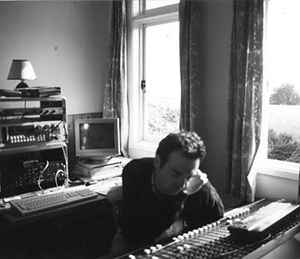 Real Name:
Timothy Alan Friese-Greene
Profile:
English musician and producer. He worked with the group Talk Talk from 1983 to their breakup in 1992. He was recruited to assist with the recording of their second album It's My Life and he soon became the band's producer and de facto fourth member as a keyboardist and Mark Hollis frequent songwriting partner, so he co-wrote all the songs on The Colour Of Spring, Spirit Of Eden and Laughing Stock. Although a major contributor to the band's studio output, Tim Friese-Greene did not regularly play with the touring band, and was absent from the band's publicity material.

After Talk Talk disbanded in 1992, Tim Friese-Greene started recording under his own name and the alias Heligoland (2).