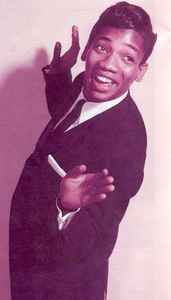 Real Name:
William Edward John
Profile:
R&B singer, born 15 November 1937 in Cullendale, Arkansas, died 26 May 1968 in Walla Walla, Washington.
During his short career Willie had many hits, from 1956's Fever to 1961's Take My Love (I Want To Give It All To You). He was signed to King Records (3) his whole career and headlined at New York City's Apollo Theater alongside James Brown many times.
He went to prison after stabbing a man at his own engagement party in Seattle and eventually died in Washington State Prison of pneumonia in 1968 (although the report of death states it was a heart attack). James Brown managed to get Willie out on parole two years before he died, but he had to go back in again after crossing the state line to Los Angeles thus violating the parole regulations. James Brown eventually recorded a tribute album to him: Thinking Of Little Willie John... And A Few Other Nice Things.
Little Willie John was inducted into the Rock & Roll Hall Of Fame in 1996.