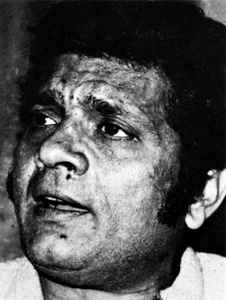 Profile:
Indian vocalist, born 15 November 1927 at Agra, died of a heart attack 29 September 1991 in New Delhi.
He was the eleventh direct descendent of the Agra gharana and received intensive training from an early age from his illustrious father, Ustad Vilayat Hussain Khan.
Associated with the All India Radio between 1962 and 1964 as music composer, he left as a legacy a valuable collection of his compositions under the nom-de-plume "Darpan" and as a musicologist many articles, books and papers on music.
He was a Professor of Music at University of Delhi, Visva Bharati University of Shantiniketan and taught during 1985-86 at the University of Washington in the Ethnomusicology Programme and gave lectures at the University of British Columbia, Canada.
Variations:
Viewing All | Ustad Yunus Hussain Khan
Ustad Yunus Husain Khan, Yunus Husssain Khan