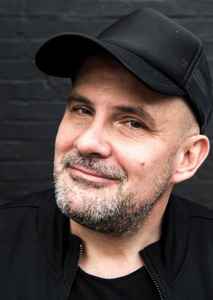 Real Name:
Maximilian Lenz
Profile:
Maximilian Lenz was born on 4 March 1965 in Münster, Westphalia. He is the brother of Fabian Lenz (DJ Dick)
WestBam is in fact the abbreviated form of Westphalia BamBaataa and derives from this artist's home state in Germany and his role model Afrika Bambaataa. 1983 marked the beginning of his DJ career in the Odeon Club in Münster. In 1984 he made a permanent move to Berlin which was still divided by the Wall. WestBam started as DJ at Berlin's famous Metropol and his sophisticated mixing techniques brought him fame far beyond the borders of the divided city. In 1985 WestBam worked with Klaus Jankuhn to produce his first 12" entitled "17" which was inspired by Paul Hardcastle's "19". In 1986 he founded Low Spirit Recordings together with Fabian Lenz, William Röttger, Klaus Jankuhn and Sandra Molzahn. In 1989 he made his first album "The Cabinet". This was the first DJ-concept album to be launched on the German market.
Sites:
westbam.de, backstage7.de, kompaktkiste.de, Facebook, MySpace, SoundCloud, Wikipedia, YouTube
Aliases:
Beatbox Rocker, It's 2 Hard, Maximilian Lenz, Mr. Y, Professor Taub-Karcher, Von Sternhagel, WB Loops
Variations:
Viewing All | WestBam
DJ West Bam, DJ Westbam, M. Westbam, WB, WEST BAM, We Bam, West Bam, WestBam 133.3, WestBam's, WestBam/ML, WestBamb, Westbam, Westbam United, Westbam's, Westbam/ML, Westbams, Westban, Westband, Westham, Westram

April 5, 2020
did he give himself title "king"? don't think so. so that's only personal opinion of some person who made comment on his work.
his value is his contribution in electronic music over 30 years (not counting his involvement in production of rave parties, just music).
some singles or remixes r unique, some less unique, but if u ask me there r more than 10 that really great tunes. not many electro performers have that much or more.
great job w and keep it commin'!

Sure he made some unique tracks and such but to be called "the king of techno" is silly to me .

Then we have DJ's artist such as Westbam , Paul Oakenfold , .... that were so good at their start and have the urge to change their styles because the so called music "evolution" i'm still wondering how can Techno evolve to Techno?? ( they already failed with Drum&Bass to sound it more Commercial Trance-ish than pure dark Drum&Bass like it was in 1993 to 2002 ) .

But yeah once someone become famous they're producing more commercial shit over and over ...cough yes you cough David Guetta, Tiesto, Marco V , ......

Hope that DJ's stops to imitate what the mainstream wants and starts to work with their own soul and emotion not something deja vu 'heard' .

So yes Westbam a big shame -_-

Well yeah, no doubt he's clever and godlike DJ and all, but there are few buts: he only cleverly manipulated the whole scene with such level that it should go down in music business primer books. The Mayday - yeah, awesome gathering, but the concept stolen from TEKNOZID. Germans should know better, but prior to Mayday DJ TANITH and folks did their thing, with Westbam stealing this concept, eventually commercialising it and consequently dooming the whole scene for moneygrabbing and nothing else. Since then DJs realised that these sort of parties will be the main cash cow in the future and the time for a messiah in the boots of Tiesto, Guetta or Bob Sinclair has come. There is a really solid german documentary WE CALL IT TECHNO! about the early rave scene in Deutschland (released 5 years ago give or take), look it up, really interesting.
Also what Low Spirit & Co did they turned their backs to some stronger sounds like Hardcore, resulting in Leathernecks (the legends Lenny Dee & Marc Trauner-Acardipane) project with their all time terror classic 'At War' (Low Spirit suck my coooooooock, f.ck your family f.ck your mother f.ck them aalllllll.. remember that funky song? ) although his own production around 1994 sounded something not too far from what can be described as 'rave' or 'happy hardcore'. Which brings me to my next point - his sound was cool, 1997 album was still interesting with the electro come-back but after that it's just pure shite. Just out of interest I fast forwarded his Gotterstrasse recently and wouldn't even be able to describe the typical listener who would honestly say he loves this sort of music. Would that be a mid-aged dude driving a car that looks like a penis? Or a student that didn't even bothered to look further than his iphone? Hell knows, my imagination doesn't stretch that far. I think Maximilian Lenz will be remembered as Demis Roussos (R.I.P.) of techno.

September 19, 2012
Westbam is one of German techno kings. He is one of the creators of Mayday and he with Jankuhn are the heads behind many legendary techno/rave/house tracks. He has had doubtless a big influence to the genre dance music. Most here in Germany love him for his style.

Well, all the above is more or less true.

Westbam has developed a style which, IMO is one of the most - if not THE most unique style any techno DJ has ever created. His merge of 4/4 breakbeat with electro beats and rave RULES the big room rave like nothing else. You can send in any rockaholic dummy and he/she would most likely fall into the crowd and party with the rest.

Shure, it´s commercial. Sure there´s not a visible spot free from the logos os Playtation, Motorola, VIVA etc. But at least the money buys you technique better than anywhere else. The best sound, nice light and some visuals - when you compare it to, say I Love Tehcno, there is a long way to go for those Belgium promoters, when speaking in terms of a great setup.

Also I think that Celebration Generation and the whole album Right On are absoulutely AWESOME!!! Right On sounds like NOTHING else and is really a great work of techno art. Whenever I try and push "my" music to non-electronic people and I want to give them something besides DJ-sets, this is the only non-Underworld/Basement Jaxx/Fat Boy Slim/Daft Punk album they will listen to.

PS: He really should leave some of the scratching alone, but he´s a brilliant mixer. I have heard sets (fx Münsterland dec 2003) where he creates a great flow, using loops from the battlevinyl of the Right On and does some very nifty scratching too, creating new music from scratch, right there on the decks and efx. Very convincing, I didn´t know he had that in him.

Also the Mr X & Mr Y: Nite of the Tschuldigungs (only good work by those two) is one of my top-10 vinyls of all time!!!

Westbam is someone who it is easy to dislike, but he deserves some credit for his unique approach to techno and for doing great Mayday parties up to aprox 1998.

Nowadays Mr.Lenz lives in a dream world, where he is the godfather of techno, whilst reality is a bit different...

For me he's has become too arrogant, too narcisstic. He did not recognize that "techno" has been sold out by some clever A&R guys and that he's willingly part of their greedy marketing campaigns.

He also should leave elbow scratching to those who are good at it ;)