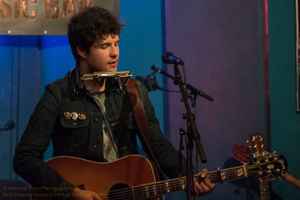 He was raised in New York State, Dunne was drawn to music with a singular devotion from an early age. He picked up the guitar first, later adding piano and voice to his repertoire as he fell in love with kind of songwriters who paired muscular rock and roll with raw, literate self-examination.