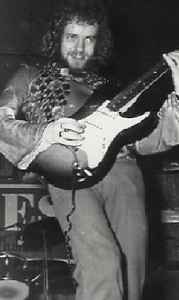 Real Name:
Eric Bell
Profile:
Eric Bell (born in Belfast, Ireland on the 3rd of September 1947) was a founder member of Thin Lizzy, one of Ireland's biggest, brightest and best bands.

He met Philip Lynott and drummer Brian Downey in Dublin in 1969 and together they formed the band which was one of the first Irish bands to be a huge success all over the world.