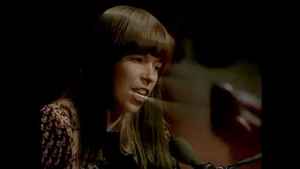 In 1966, she won Sveriges Radios ("Sweden's Radio", a public broadcasting system) song contest with her own songs, and also performed in Sweden's answer to 'The Johnny Carson Show', Hylands hörna. In 1969 she sang at the yearly Song Festival in Västervik, and the following year she performed at the second Musikfesten ("Music Fest") at Gärdet, today a part of Stockholm's northeastern inner city, but then just a big, green area. Her debut album was Turid - Vittras Visor in 1971.

She later joined "proggen", the Swedish version of the politicized music movement of '68 (RIO, sort of), and was often compared with Joni Mitchell and Melanie (2), and was also engaged in Women's Lib. During the first half of the 1970s, she often appeared together with rock band Kebnekajse. In 1974, she was part of the one-off, all female Tjejclown, and in 1976 she released an album, Lena Ekman, Jan Hammarlund, Turid - Igår, Idag, Imorgon with Lena Ekman and Jan Hammarlund.
Sites:
Wikipedia
Aliases:
Turid Lundqvist
In Groups:
Tjejclown
Variations:
Viewing All | Turid
Lundqvist, T. Lundquist, T. Lundqvist, T.L., Turid L., Turid Lundkvist, Turid Lundquist, Turid Lundqvist