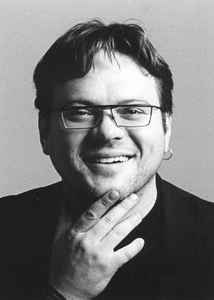 Torsten Fenslau was one of the most influential producers of the early German dance scene. His commercial breakthrough came in 1993 with Culture Beat's 'Mr. Vain' which topped all European charts that year. Other tracks stayed pretty much underground, but became legendary clubhits nevertheless (e.g. 'Die Kybernauten' by Klangwerk or 'Alone It's Me' by Abfahrt).

Torsten Fenslau was too young and too talented when he left this world, but his music surely lives on. If you want to know the roots of early 90s German dance music you owe it to yourself to investigate his many productions. Along with the likes of Oliver Lieb, Cosmic Baby, Dance 2 Trance and Jam & Spoon, Torsten Fenslau put forth the foundation for electronic dance music which sadly was hijacked and commercialized into a pile of turd as we know it today.

The Dream - Best Of Torsten Fenslau compilation is a good place to start but here are my top picks with some tracks that didn't make that compilation.

Out Of The Ordinary
1. The Dream (1988) 5/5 (All mixes of this track are excellent. The Acid Mix is particularly incredible, textbook example on how to incorporate Acid without going overboard, Acid never sounded this good]
2. Play It Again ('Why Don't You Try This Side' Mix) (1989) 5/5

Abfahrt
1. Alone (It's Me) (1989) 5/5 [This is many things at once, Techno, New Beat, Proto-trance, overall timeless. If you don't like the vocal you can pick the instrumental but somehow the vocal even with the German accent works]
2. Come Into My Life (1992) 5/5 [early Techno-Trance, again you get both Vocal and Instrumental so take your pick]

Public Art
1. River II (Spanish Trance Mix) (1993) [His production but this remix was done by someone else]

Culture Beat
His association with the Euro-House outfit Culture Beat was from 1989-1993. I can't really recommend any of these productions since I consider years 94-95 the golden age of Euro-House - the sound of this genre reached its peak during those years. With few exceptions most Euro-House before this period usually sounds very outdated and that includes Culture Beat. Here's my only 2 picks from Culture Beat: