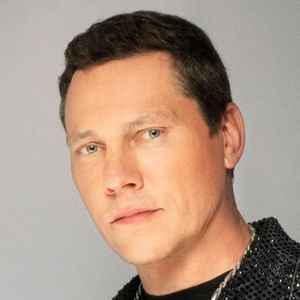 January 8, 2023
First of all, I'm not a 138-140 BPM uplifting trance snob. Change is the only constant thing in music generally, I can 100% approve that.
The main problem with Tiesto is NOT the change, and I'm not crying after the "trancey" Tiesto. The soul and well-cared originality, sound design and exciting arrangements he's done together with Denzel D all those years before - those just disappeared from his music. Oh yes, in the money-oriented business everything has to be simpe, fast-fashioned and threwable away in a minute. THAT IS the real problem with the Tiesto brand - yes, it's just a brand of a businessman, not a real musician.
Just like the bandwagon, outdated and boring kind of uplifting trance, big room and electro house can be also completly boring and lacking creativity (and that's what called PRoGResSiVe HoUsE and EDM by the idi0ts haha). And that is the bandwagon that Tiesto sat on after 2010 completely.
The only hopeful thing was the VER:WEST project that poped up from him during the Covid 19 pandemic, co-produced by the CamelPhat guys. But he definitely saw that project doesn't bring so much audience than the commercial Pop stuff he primarly doing, so he quickly abandoned that kind of "melodic house" and "future rave" (which are both progressive house actually, just saying, not mater what fantasy stickers we are gluing on - if we even take those boundary-making caps seriously).
And THIS is the guy who "warns young artists against being ‘robbed’ by industry cowboys (!)" at the CNBC TV. Hah, he's one of if not the the biggest of those cowboys in the industry for so long.
The illustrational symbol of all the problems in today's Electronic Dance Music - that's far enough to say. But on the other hand, it's absolutely pointless to directly bag himself for this. He doesn't even care about the criticism until he earns his money with being a pop star. The more we rant him, the later he "comes back to Trance" - likely never.

July 15, 2022
Tiesto is one of the biggest cheats on the Trance scene!
Behind his success were ghost producers who did all the work for him in the studio.
A guy without honor. As it all came to light, after such a scandal, he should disappear from the stage like Milli Vanilli once and for all and give back all the awards he has won.

January 4, 2022
Sheep follow this man, there is no case or doubt about it. WACK from start to finish.

February 27, 2021
So I will say this. I saw Tiesto play his first live set in North America in Toronto, CA at a venue known as "The Docks". It was April 2000 and the crowd had little idea what was in store for them. All I can say is to find it on YouTube and look at the track list. Sure, the mixing isn't the best you'll ever hear, but the track list is why it was an instant classic. I'll never forget hearing those 3 and a half hours of classics. Man we had it so good back then! 😍😎

I loved Magik 6 Live In Amsterdam, but that mix album was probably the beginning of the end, in terms of me listening to his music. I can't really comment too much on his music since about 2003, as I haven't listened to much of it, but those early memories were great, and were part of the reason I starting buying records and learning how to mix.
See 2 replies

August 17, 2020
One of my favourite DJ's / producers of all time... That is what i thought it was. I know since a few years that none of alle the productions or remixes that are 'made' under the name "Tiësto" were made by him.
The ghost producers that like Ronald Van Gelderen, Dennis Waakop Reijers, ... are the real ones behind the scenes. He has chosen for the money and popularity. Some underrated guys like M.I.K.E. Push, Ferry Corsten, Daniel Kandi, Fred Baker, ... should get more respect than this guy...
See 1 reply

January 14, 2020
Shocked to come in here after a few years to see how commercial this guy has become. Just a bunch of complete wank of electro big room house and dance pop. He has become washed up and flushed out so it is sad to see an artist like Tiesto do whatever he can to maintain in the game by leaving his old fan base and produce commercial dance-pop hits for 12 year olds.
sad sad sad.. But that is the price of going to the top. You have to come down at one point.