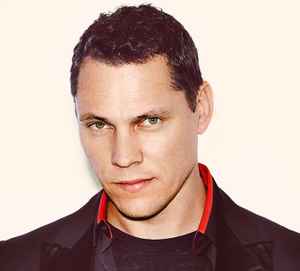 January 4, 2022
Sheep follow this man, there is no case or doubt about it. WACK from start to finish.
Reply Notify me 1 Helpful

February 27, 2021
So I will say this. I saw Tiesto play his first live set in North America in Toronto, CA at a venue known as "The Docks". It was April 2000 and the crowd had little idea what was in store for them. All I can say is to find it on YouTube and look at the track list. Sure, the mixing isn't the best you'll ever hear, but the track list is why it was an instant classic. I'll never forget hearing those 3 and a half hours of classics. Man we had it so good back then! 😍😎
Reply Notify me 3 Helpful

I loved Magik 6 Live In Amsterdam, but that mix album was probably the beginning of the end, in terms of me listening to his music. I can't really comment too much on his music since about 2003, as I haven't listened to much of it, but those early memories were great, and were part of the reason I starting buying records and learning how to mix.
Reply Notify me 4 Helpful

August 17, 2020
One of my favourite DJ's / producers of all time... That is what i thought it was. I know since a few years that none of alle the productions or remixes that are 'made' under the name "Tiësto" were made by him.
The ghost producers that like Ronald Van Gelderen, Dennis Waakop Reijers, ... are the real ones behind the scenes. He has chosen for the money and popularity. Some underrated guys like M.I.K.E. Push, Ferry Corsten, Daniel Kandi, Fred Baker, ... should get more respect than this guy...
Reply  See 1 reply Notify me 3 Helpful

January 14, 2020
Shocked to come in here after a few years to see how commercial this guy has become. Just a bunch of complete wank of electro big room house and dance pop. He has become washed up and flushed out so it is sad to see an artist like Tiesto do whatever he can to maintain in the game by leaving his old fan base and produce commercial dance-pop hits for 12 year olds.
sad sad sad.. But that is the price of going to the top. You have to come down at one point.
Reply Notify me 8 Helpful

January 4, 2019
SO much salt in this comments section. Yeah I get it, the main consensus is that Tiesto's music has been declining since the turn of the decade, and I generally agree with that. Everyone thinks that pestering him over and over about making trance again will actually get him to make trance again. But no, that will never work. So get over it; stop wishing for nostalgia that will never come. Choosing to follow the trends isn't a bad thing at all. If you hate his new stuff just listen to his old stuff.