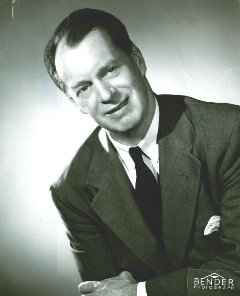 He was born in Brooklyn, New York but grew up in New Jersey where he attended Montclair High School and was a member of The Omega Gamma Delta Fraternity. He graduated from St. Lawrence University and, intending to become a lawyer, attended the Albany Law School, passing the bar examination in New York State in 1934.

In 1939 he wrote his first song, "For Tonight." In 1942 he began writing songs for films, beginning with the lyrics of the title song for Always in My Heart. He subsequently contributed songs to other films, including Powers Girl and If Winter Comes. In 1951 he turned to the Broadway stage, joining with composer Walter Kent to write the score for Seventeen.