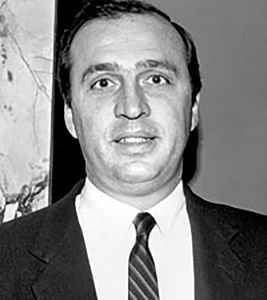 Levy became a notorious music industry mogul, primarily as the owner of the renowned Manhattan jazz club Birdland and as president of Roulette Records, one of the largest independent outlets in recorded music at the time.

A tough and troublesome teenage runaway, Levy briefly served in the Navy before working in the nightclub scene of New York in the mid 1940s. He then ran Topsy's Chicken Roost and his adjoining jazz venue the Cock Lounge. Levy was in the right place at the right time as the jazz explosion hit New York, with artists like Charlie 'Bird' Parker at its center. Levy promised Bird he would create him a club where he could spread his wings. At the close of the 1940s Levy opened 'Birdland', at 1678 Broadway on 52nd Street. The importance of the club in the history of jazz is perfectly reflected in the film "Bird".

Within the phenomenal success of Birdland and its growing line-up of artists Levy astutely spotted another opportunity, which typically had a shady side. Turning the Congressional ASCAP law to his advantage he formed Patricia Music, acquiring rights to songs first performed in his clubs, like George Shearing's jazz standard Lullaby of Birdland. (Publishing name example at Ronnie Hawkins And The Hawks (2) - Southern Love / Love Me Like You Can). He also began the questionable practice of adding his name to credits to increase his revenue streams, tangling at one point with John Lennon in court over publishing rights.

Levy became a label owner in late 1955 when he acquired a stake in George Goldner's Tico Records, Rama and Gee labels. Goldner relinquished his stake in January 1957, when Levy formed Roulette Records to handle the three labels and release new recording artists on Roulette. In 1962 Goldner's Gone Records and End labels also became part of Levy's empire, which spanned every aspect of the industry- from juke-box installations and nightclubs, to retail outlets and labels.