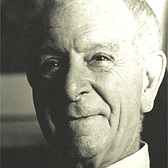 Real Name:
Burton Levy
Profile:
Burton Lane (February 2, 1912 – January 5, 1997) was an American composer and lyricist. He was known for his Broadway musicals, Finian's Rainbow (1947) and On a Clear Day You Can See Forever (1965). Lane mainly wrote music for films, writing for more than 30 movies. His best-known songs include "Old Devil Moon," "How Are Things in Glocca Morra?", "Too Late Now," "How About You?", and the title song from "On a Clear Day." He is one of the few American composers to have proved equally adept and successful in writing for both Broadway and motion pictures.

Lane is credited with discovering the 11-year-old Frances Gumm (Judy Garland). He caught her sisters' act at the Paramount theater in Hollywood. The sisters, Susie and Mary Jane, brought on their younger sister, Frances, who sang "Zing Went the Strings of My Heart". Lane immediately called Jack Robbins, head of the music department at MGM, and told her he'd just heard a great new talent.