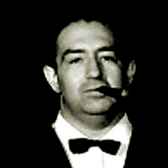 He was nominated for the best original song Oscar nine times, including six consecutive years between 1940 and 1945, and won the award once, for "You'll Never Know", which has proved amongst his most enduring and remains popular in films and television commercials. "At Last" is perhaps his most famous song today.