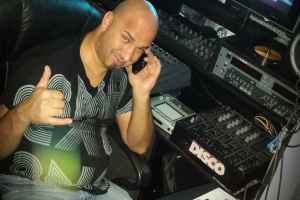 Real Name:
Omar Santana
Profile:
Born On October 25 1967
US American producer and DJ. Omar Santana is mainly known for his Hardcore Techno and Breaks (he calls it "Hardhop") productions, but also released Dubstep, House and Techno.

This tale from the hardside begins back in the early '80's in the metropolis that we know as New York City. John "Jellybean" Benitez's residency at The Funhouse Club in Manhattan had fulfilled the job of inspiring a whole new generation to take the sound of dance music well into the future and beyond.

One of these disciples went by the name of Omar Santana. Straight outta the borough of Queens in New York, Omar slowly began to make a name for himself by Dj'ing as part of the Dynamic Rockers crew, putting on jams, sound-battles and creating a solid underground vibe to rock the city with. Through this, Omar started linking up with likes of Arthur Baker as well as the Tommy Boy and Sleeping Bag Records camps. This led on to much studio action as he started producing in a big way and during the '80's worked alongside some of the true sound pioneers like Mantronix, Boogie Boys, T la Rock and Stetsasonic.

The man was now on a proper roll and going from strength to strength by editing and remixing such artists as Public Enemy, Janet Jackson, Simply Red, Quincy Jones and The Rolling Stones. The list is endless..... Omar was in serious demand and very quickly became known as one of the "Editing Kings" who would consequently stand the test of time as an inspiration for all future warriors in the trade of cut-up beats and sound.

January 7, 2021
The king of the dub, Master of the cutup and Pioneer of hardcore. I got into H2OH as a young raver, and as an adult I started collecting freestyle records due to my love of the genre from growing up in the bay area. To my surprise I was finding countless amazing mind blowing dub edits by Omar Santana on these records. Legend and pioneer for Dance music in America. I hope someone does a deep dive into his career and we get to read an in-depth interview or documentary about this wizard of the tape edit and one of the very few who put American Hardcore on the map.

July 4, 2014
This guy soaked up the worldwide sounds of Techno and made a unique US take on the harder edge.

From the legendary "Mr. Dynomite" released in 1991 to his Gabber productions, the energy & creativity is immense.