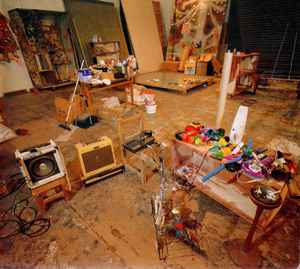 Profile:
Puzzle Punks is a conceptual noise-punk/experimental duo formed by Japanese artists Shinro Ohtake and Yamantaka Eye (a founding member of legendary groups Hanatarash and Boredoms). All music by Puzzle Punks is made exclusively with children toys.

In the Ohtake's studio at Uwajima artists set up a workshop full of toy instruments and objects to perform and record Puzzle Punks material. In spring and early summer of 1995, the duo recorded material for a Pipeline: 24 Smash Hits By 24 Puzzle Punk Bands "compilation", where they presented each track under a different moniker. The CD album was accompanied by the Ohtake's Yamantaka Diary book.

Their second album Budub was released in the autumn of 1996 by Time Bomb Records on CD and picture disc LP. Soon after the same year, Puzzle Punks recorded more material at Osaka, with Yojiro Tatekawa on drums. It was released as Puzzoo album over a decade after in 2006 by Time Bomb.
Members:
Shinro Ohtake, Yamatsuka Eye