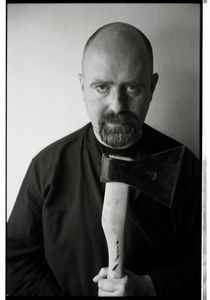 June 1, 2010
the youtube video included here uses copyright material which is unauthorised and illegal. I have asked the creator of this to remove it, and they have refused. I ask you here to remove it, as, as I say, it is illegal. I was never asked for permission to use this material, and have never granted permission, ever, for it to be used in any way in this manner.