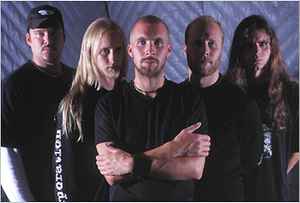 Profile:
Corporation 187 started in 1998.
After one promo, the band was signed by Wicked World and started recording the "Subliminal Fear" album, which was released in February 2000. Afterwards, "Perfection in Pain" was recorded in July and August 2002 at Studio Underground and Studio Helltower.

During the year 2007, a new deal is written between Anticulture records and Corporation 187. "Newcomers of sin" was released in April 2008