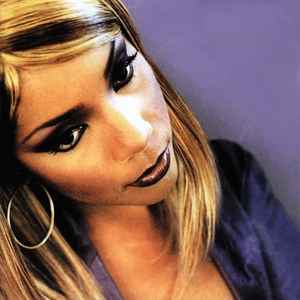 From 1994 until 1999 Melanie Thornton was the lead singer of the group La Bouche, specially known by their worldwide hits "Sweet Dreams" and "Be My Lover". The duo had two studio albums, "Sweet Dreams" (1995) and "A Moment Of Love" (1997), which was later re-issued as "SOS" in 1998. The project went downhill after the release of the second album since it wasn't so successful as their first, being one of the reasons why Melanie left it in 2000. She also wanted to look for something different and grow as an artist by exploring new styles and sounds, besides the classic 'Dance style' she was already known for. She was then replaced by Natascha Wright on La Bouche.

On November 6, 2000 she released her first solo single "Love How You Love Me", followed by her second single "Heartbeat" released on April 9, 2001. Her first solo album entitled "Ready To Fly" was released on May 7, 2001 and it reached #18 in the charts. On September 3, 2001 the single "Makin' Oooh Oooh (Talking About Love)" was released. On November 24, 2001 she gave a concert in Leipzig and then boarded the Crossair 3597 Flight from Berlin to Zurich to promote her fourth and final single "Wonderful Dream (Holidays Are Coming)", a Christmas song sponsored by Coca Cola, on Swiss TV shows. However, near the Bassersdorf, about four kilometers before reaching the airport, the plane crashed into the mountains. In the catastrophe due to the low-density, dense fog, they lost 24 of their 28 passengers and five staff, including the 34-year-old singer. This was just 2 days before the release of her new single and the reissue of her album.

One year after Melanie's tragic death, Kayo Shekoni took the place of Natascha Wright with Lane McCray to release the song "In Your Life" in 2002 featuring vocals of Melanie Thornton in Europe and the USA as a tribute to her. It did well in the US, peaking at #6 in the dance billboard charts.

to the years of the best dance music...