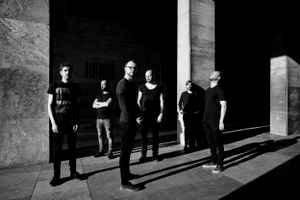 Profile:
Based in Berlin, Germany, The Ocean have been making what they refer to as 'Ambient Soundtrack Doomrock' since 2001. Their style combines elements of Hardcore Punk and modern, technical Metal with epic arrangements and classical instrumentation. In the past, they often referred to themselves as The Ocean Collective, but since a stable lineup was established with 2009's "Heliocentric", they now consider themselves a band, rather than a large pool of contributing musicans.