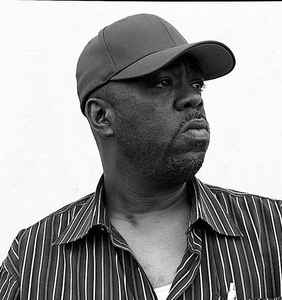 His love for House Music started back in the early 1980's when he and friends Nathaniel Pierre Jones and Herbert Jackson would go hear innovative DJ Ron Hardy play at the infamous Music Box in Chicago and would get lost for hours on end in his sound. Spank talked to Pierre and Herb about forming their own group, later to be named Phuture, so they could produce their own music and give what came about of their sessions to Hardy to play in his sets. In 1985 Spank came across a (at the time) a written off Roland TB-303 not knowing that they would go on to make history when they created a new type of sound to come out of it and Chicago. Tweaking the knobs at the same time the patterns were playing they used the 303 for something other than what it was originally made for. It was to be called later on by those who would hear it as "Acid House".

As one of the founding members, lead drum programmer and main vocalist in Phuture, Spanky's deep voice can be heard on their classic tracks such as "Your Only Friend" (KoKane), "We Are PHUTURE", "Can You Feel The Bass", "Spank Spank", (which at the time got tons of airplay on the radio), "The Creator" and the timeless and often remixed "Rise From Your Grave". And who could forget his work and haunting laugh on Hardfloor's "Hardfloor Will Survive". Phuture's debut track "Acid Tracks" caused havoc on dance floors in Chicago when it was originally released in 1986 and Hardy broke it on cassette tape in his sets. It then went on to ignite a fire in Great Britain when Marshall Jefferson produced it and it was officially released on Traxx Records in 1987. That track went onto spread around the world many times over and spawned imitators and fans to this day still crediting it as the reason for them wanting to produce music or the reason for their emergence into the dance music scene.

With as rich a history as DJ Spank Spank had, one would think that would suffice. But not being one to sit still, DJ Spank Spank also ran the 24/7 internet radio station "Global Traxx Radio" with fellow Chicagoan Charles "DJ Turk" Tyler where they streamed DJ mixes by both artists from around the world and themselves to an ever growing audience. As their mission statement read, they were "Keeping the history of House Music stirring by creating an unpretentious, diverse and supportive environment for new talent while still embracing the ever changing face of House Music and respecting those who paved the way before them".

Phuture - Your Only Friend - for me one of the best records ever...
Such a sad loss, RIP Spanky...