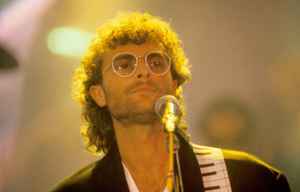 Real Name:
Mihai Crețu
Profile:
German-Romanian Michael Cretu, born 18 May, 1957 in Bucharest, Romania, is a musician, singer, songwriter and record producer. In 1965, Cretu enrolled in the Lyzeum No. 2 in Bucharest, a college for gifted young musicians, as a pianist, followed by five months of studies in Paris in 1968. There his interest in Western pop was born, and he decided to pursue a career in that field. After completing his studies, Cretu moved to Bad Homburg to study at the Academy Of Music in Frankfurt, Germany, where Professor Philipp Mohler began to take an interest in him. Having passed his final exams in 1978, Cretu immediately found work as a studio musician and arranger.