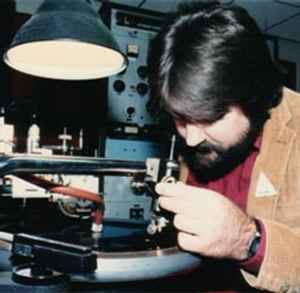 Profile:
Producer, mastering and recording engineer from Providence, Rhode Island. Started his career as a guitarist, bassist and back-up singer for some of the early rock stars such as Roy Orbison, Freddie Cannon and Kini Lester before becoming interested in the « back room » where the technicians worked.

His music career and electronics education was interrupted, however, by a three-year stint in Vietnam with Special Forces. Returning to the states, Bennett moved to Largo and enrolled at the Clearwater campus of St. Petersbrug Junior College.

Born to a family of musicians in Providence, R.I., Bennett said that during his career he grew to « like the southern sound (of rock music) better than the northern sound. The southern musicians use more acoustic instruments and their sound is free and more natural.’

While attending SPJC, Bennett opened Titan Sound Studios as a part-time hobby, but when demand exceeded the time he could devote to a hobby Bennett turned the studio into a full-time operation.

Six years later, the studio is a thriving 24-hour business. Besides Bennett, three other people play prominent roles in the continuing success of the studio –his wife Marion, Charles Klimp and John Covington.

1975 Chet was inducted into Florida's Country Hall of Fame as the number one studio and producer of the year. In the summer of 1976, Chet took on the challenge of designing, building, equipping, and producing/engineering the new Boblo Records in Brunswick, Georgia for his old friend Bobby Smith, where he first began doing sessions in 1963 at Bobby's studio in Macon, Georgia. It was there that Chet met the great Otis Redding..."I now know my calling, after I heard Otis sing." So Chet returned the favor to his mentor and gave Bobby two chart records in the first two attempts, "Mr. Boogie Man" and "Feel Like Being Funky," by Avalanche. Then he came up with Jason Willis' "Long Distance Runner" and recorded the late great Jimmy Orion Ellis.