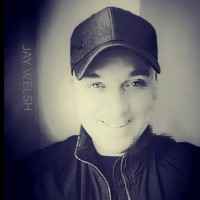 Real Name:
Jay Welsh
Profile:
Jay has been producing music since 1994. In that time he has created many successful compositions and gained many admirers in the elite areas of the industry. After creating concept records in 1994, Jay’s first recording gave him instant success appearing numerously on Radio 1 fm and hammered by all the top jocks in the land. an inquiry from Paul Oakenfold led to jay first remixing and then signing to Perfecto records, who were then at the top of their game. over the last few years he has created new label concepts flammable UK (with weekend world and Nat Monday) and black ice recordings which is Jay’s own label. Jay has produced numerous tracks for the Flammable label as Fatheads, Sisko and (his perfecto guise) ‘Angeles’.

Black Ice created in 1999 was Jay’s personal vibe. Dark, moody and minimal, less obvious than the energetic vibe of Flammable and his successful Angeles projects. "This label is all about atmospheres. Not how many are sold or who played it, it’s about feeling, pure and simple". "Real house music is an experiment, it comes from inside and builds a focus as you work".

Jay’s recordings have given him the chance to play in some great cities. Jay hasspinned mostly in the US in places like Las Vegas (utopia), Panama city, (club lavela), Orlando (sapphire), Miami, Tampa, Atlanta and many more. He is looking forward to playing the UK circuit now that he has good representation.