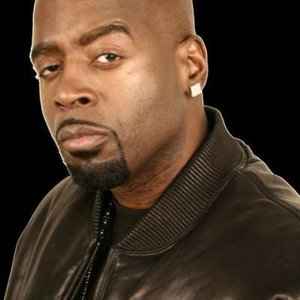 Real Name:
Timothy Blair
Profile:
Bronx rapper Tim Dog (born Timothy Blair). January 3, 1967 – February 14, 2013. Affiliated with the Ultramagnetic MC's since 1988, he continued to work with Kool Keith throughout his career. Tim Dog gained notoriety for the controversial 1991 diss track and music video for "Fuck Compton" off his acclaimed debut LP Penicillin On Wax, which many critics look at as the opening salvo of the East Coast–West Coast hip hop rivalry that escalated during the mid-1990s. In 1994 Tim Dog released another infamous West Coast diss track on the EP Bitch With A Perm, this one aimed exclusively at Death Row Records' artist Snoop Dogg, with a censored music video also becoming a staple on MTV at the time. Signed to Ruffhouse Records from 1991 to 1993, all his releases following Do Or Die were released independently, mostly on his own label Big City Entertainment. In 1996 Tim Dog teamed up with Kool Keith to release the album Big Time, the two would also team up again for a second and last time in 2009 on the album "Project X: Iconic". Most of Tim Dogs later releases suffered from poor promotion and distribution, with albums like 2002's Immortal and 2006's BX Warrior being commercially unsuccessful, although critically praised for their lyrical dexterity. Irritated by the over-night commercial mainstream success of N.W.A and Death Row Records, Tim Dog nevertheless praised other "hardcore" more politically-minded west-coast artists at the time such as Ice T, Ice Cube, and label mates Cypress Hill.

In 2011, Tim Dog pleaded guilty to grand larceny for conning a woman out of $32,000 in an online dating scam. He was sentenced to five years probation and ordered to pay restitution of $19,000. The case was featured on the June 15 2012, episode of Dateline NBC. After relocating from New York to Atlanta, Blair died on February 14th 2013 after suffering a seizure following his lengthy battle with diabetes.
Sites:
MySpace
Aliases:
Timothy Blair
Variations:
Viewing All | Tim Dog
Tim Dogg

February 15, 2013
He never had a dope rhymes. He never had a crazy flow though, but DAMN! He had a dope voice and his love to hip-hop was eternal. "Penicillin On Wax" always be considered as a classic record. I know a lot of better records, but his debut album just can't be forgotten.