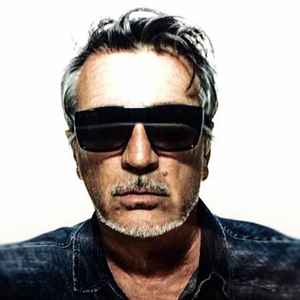 In 1987 he created his first project named Cappella, releasing titles such as “Bauhaus” (1987) and “Helyom Halib” (1988). In the same year he also founded Media Records. Other projects founded by him were 49ers, Anticappella and Antico to name a few.

In the 90s he founded BXR: on this label careers of DJs like Mauro Picotto, Gigi D'Agostino and Mario Più were started.

In the early 2000's he signs contracts with Tiësto, Paul Van Dyk, Armin Van Buuren, Ferry Corsten, Marco V, Above & Beyond, Niels Van Gogh, Andy Jay Powell and Tillmann Uhrmacher. In 2004 he left music business and started the architect and interior designer career. For this reason Media Records was stopped.

May 9, 2021
The master and legend, without a doubt.
Anticappella – Move Your Body is one of the best dance tunes from the early 90s + video clip ... finger-licking.
The fire and real emotions.
See 1 reply

before the internet there were only record shops i was only a teenager at that time i spent many days flicking through the few releases we got in the U.K for and i noticed that anything with Gianfranco Bortolotti written on the inlay sounded different to other stuff eventually i started to buy all stuff with his credits on it to this day i still am the guy is a god ;)