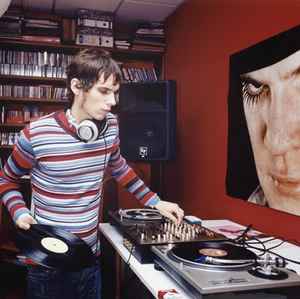 Real Name:
Aleix Vergés
Profile:
Aleix Vergés was one of the most important names of the Spanish indie pop scene at the beginning of the 90's as the leader of Peanut pie and started DJing in 1994. But the band was dissolved after releasing its first work in 1996. He was the first resident DJ of Nitsa Club, the most legendary club of Barcelona. He used to do eclectic sets with all kinds of house, pop and electro but in the last years he has turned more into techno. He has performed mainly in Spain and Ireland, but also in Italy, UK or Japan. He has been in all editions of Sónar festival and also in many others like the Groove Parade. In 2003 he created his own label, Hit Kune Do.
Already in the mid 2000's he became one of the most famous djs and with more fans in Spain, famous for his residencies in various clubs throughout Spain, mixing techno and electro house with pop tints, but also getting off shows due to health problems and his broken arm.
He passed away on May 19, 2006, after many rumors his death was announced on May 21, causing great commotion and divided opinions in the Spanish scene.
Aliases:
Aleix Vergés, TSM (5)
In Groups:
Flirt (17), Leire, Peanut Pie

June 7, 2003
What can I say about this guy? Well the only track produced by him I know, "When you see Kate", really sucks but when his hands touch the turntables... it blows your mind! His two compilations, "Darkhouz & Popotronic" and "Schizotronic & Techno" are amazing and perfectly mixed. I still can remember seeing him live at The Loft club (Barcelona). What a f*cking genious he is! What a great night! The Loft closes at 6:00AM so he finished at this hour. People started to clap... I had never seen a dj getting an ovation like that. He started clapping too, thanking the crowd. Then, he started mixing again for about twenty minutes, until the club staff forced him to put an end to the night. He really enjoys what he does and you can see this reflected in the music. I give him a 5/5 :)
Reply Notify me 1 Helpful