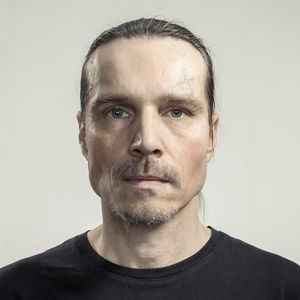 Robert Leiner is an artist who's work in the early 90s till now impressed me deeply. His music was and is the soundtrack to very special moments in my life and I hope it will never loose its strength - till now it is a pleasure, doubtless.
Somewhere in the 90s decade I discovered the track 'Point Zero' by The Source Experience. I remember that I had a special moment with this track at home: I woke up abnormal early in the morning and sat down, put this cd in my player and listended to this track and tears have risen into my eyes, more and more, I began heavy breathing, began to feel it deeper and deeper, the pain of the time before searched an open door and found to broke out of my soul into daylight.
The next track was not so strong for me like Point Zero in this moment so I pressed repeat as fast as I could because I won't loose this mood because there is a heatlhy fire in sadness...
After this day I did know that I had discovered an very important music-artist for my life for ever and I started to check his other stuff: Source (Organized Noise-LP, also the R&S and OHM 12"), Robert Leiner (Visions Of The Past, R&S) and I found more and more diamonds, tracks very deep - you can't find much like this outthere - they seem to be made from the very deep out of his heart, his soul:
Its absolute 100% my taste of valuable music, done with the legendary analogue equipment, it brings a shower over my back, the abundance of bass and the clear melodic spaces are unique.
It has a reason that his studiowork was involved in the legendary R&S label - in my opinion his sound is one of the very big gifts for the labels success. Robert Leiner knows to compose harder sounds like 'Vagator' (Source), 'Mental Rider' (The Source Experience)
or '2093' (The Source Experience), ambient-like and emotional deeper tracks like 'Out Of Control' or 'Dream Or Reality' (both Robert Leiner), ambient house like 'To Place You Never Been', (hard)trance-like (not in a bad way!!): Source - 'Its A Kind Of Magic', dub-breaks-ambient:
Robert Leiner - 'Roots FM 1' and more ravetrance sounds like Andromatic - 'Let The Spirit Move You' and and and...
There are much more also very, very powerful good tracks made by him, with very nice improvisations parts in it which make the music organic and full. And while listening to more new stuff from him like the 'De:tuned EP' or the 'Duff 80 / Injected' 7" I am confident that Robert Leiner seems to keep his quality although I know that the De:tuned EP contains tracks from the early 90s. There are a lot of artists outthere, those who loose their freshness, maybe their skills from the early days and I hope that he has the power to be a exeption, maybe he did not loose his passion for those sounds he gave us already decades ago....
There is a video on Youtube showing a liveact from him on 'Meeting Of Minds' (2012/ De:tuned-party), behind his equipment, thundering 303 sounds over the crowd, connected with soundwaves and signals of his music art of the golden years and when looking on him I feel that this all come from his deep innerself, traveling through his visions of the past (...or future?).
Thank you, thank you, thank you, Robert Leiner.