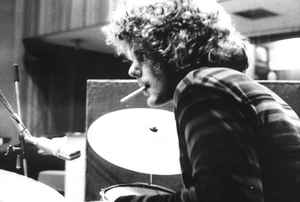 Profile:
Highly influenced by the work of Paul Buff, Art Laboe and Preston Epps, The Incredible Bongo Band was a faux group (essentially just a studio project), formed by Pride record executive Michael Viner to create theme music for the film "The Thing With Two Heads". Following the success of the project, Viner then used MGM studio downtime to record funk-influenced covers of hits, using pick-up musicians. Although the "group" never existed as a true band, a team of individuals was assembled for a publicity photo. The group's best known work is probably their percussion-centric cover of "Apache", originally a worldwide hit in 1960 by The Shadows. It was later sampled heavily by hip hop artists (and, over a decade later, drum 'n' bass artists) to become one of the most popular sampled percussion breaks of all time.