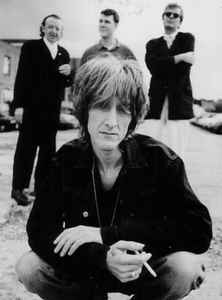 July 26, 2020
Just an absolute dedicated class act. To share a beautiful quote from Vini in his excellent interview with the Quietus conducted by the great Alex Ogg:

"In the end, I don't know if it's good music or bad music or indifferent music. I have no idea. I don't really care too much, it's done with and over with. People would say, why do you release it anyway, if you don't really rate it? The answer is, whatever music it is, bad, good, indifferent, stupid, boring, whatever, - it's truthful. At the time, it's the truth, and it's honest. There's no attempt to portray an image or a career or anything. It's what it is. And truth can be painful. It's about losses close to me, and about my own depression, but it's cathartic. But you have to be truthful. If you're not true in what you do, if you're creative, then you should forget it. All I've ever tried to do is be truthful."

I find Durutti's discography similar to other prolific outputs (Guided By Voices, Bill Nelson, Cleaners From Venus) in that each release may not always be a knock-out to your ears, but there is—as Vini said—truth in it and, I find, maintained identity over time; it is not a downward slope like those of some musical acts whose well runs dry overtime. It makes it all the more fun and joyous to find a latter-day release that really resonates. For example I just discovered "Short Stories For Pauline" today, a release from 2012. Just as brilliant as some of Vini's early releases, my heart and ears swell. Much appreciation Vini.
Reply  See 3 replies Notify me 10 Helpful