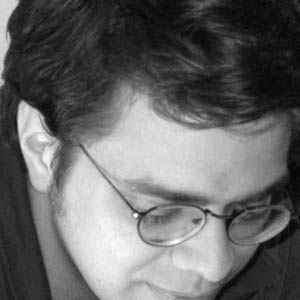 Real Name:
Thomas Fleischer
Profile:
Cycom has been producing Drum'n'Bass for more than a decade. Strongly influenced by artists like Goldie, Lemon D and Paradox, he has maintained a love for beats and the roots of Drum'n'Bass until today.
After exposing his music on mp3.com he signed his first release to Santorin. Throughout the years Cycom released on various international labels like Alphacut Records, Transmute Recordings, Lightless Recordings and Plain Productions.

Besides being a producer, Cycom is also a founding member of Hamburg based label Plainaudio where he is CTO and responsible for A&R. Plainaudio (formerly Plain Productions) was founded in 2001 by Hamburg based DJ, producer and promoter Iaka. In 2005, after a two year break, it was relaunched as a netlabel for Drum & Bass, Electronica and experimental music named Plainaudio, featuring international artists like Macc, Alpha Omega, Martsman, Cartridge, Hek187, Buzz, Bad Matter and many more.
Sites:
SoundCloud
Aliases:
Mikrogram, Thomas Fleischer