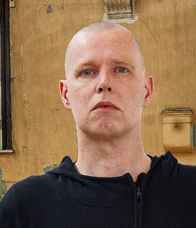 Real Name:
Nicholas Britton
Profile:
Nic Britton was one of the most prolific sound engineers for progressive house and trance in the 1990's.

In the early 90's, he worked at Baseroom Studios engineering for the likes of Laurent Garnier, 'Mad' Mike Banks & DJ Pierre. On setting up his own studio Midi Room Studios' with his recording partner Lee Fredericks, Nic went on to be the in house engineer, co-producing and engineering tracks for Breeder, Parks & Wilson, Paul Van Dyk, Quivver, Redanka, Tarrentella and Tilt, with many of the titles being released on Hooj Choons, Perfecto Records & Whoop Records!.