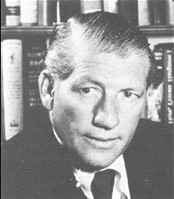 >> Please use Schwartz & Dietz when credited alongside Arthur Schwartz <<
Howard Dietz was an American publicist, lyricist, and librettist. He served as publicist/director of advertising for Samuel Goldwyn Productions and later MGM and is often credited with creating Leo the Lion, its lion mascot, and choosing their slogan Ars Gratia Artis. He wrote the lyrics for more than 500 songs mostly in collaboration with composer Arthur Schwartz. Dietz was the director of ASCAP from 1959 to 1961, and wrote an autobiography, "Dancing in the Dark" in 1974.