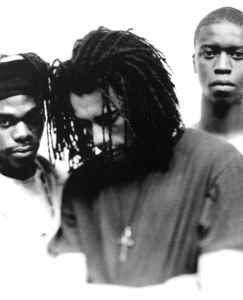 Profile:
British hip-hop band, formed in Tottenham, London, England, in the late 80s. Urban Species were tipped as the next potential breakthrough in UK hip-hop.

The trio started to produce small runs of white labels, distributing them under the names of either Mint or Renegade. This earned them a reputation among both pirate radio stations and clubs. Even the hip New York stations Kiss and WBLS picked up on one of their tracks, "It's My Thing", but they were hamstrung by finances and unable to capitalize.