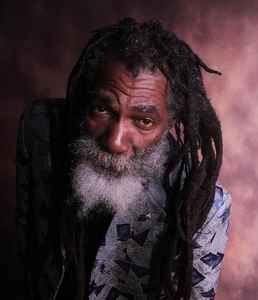 He was born and raised in Western Kingston, Jamaica in a very deprived district known as Waterhouse out of which came many talented reggae musicians. Such artists as King Tubby, The Jays, Junior Reid and King Jammy. Don Carlos began singing in 1972 as one of the founders of Black Uhuru. He sang alongside Garth Dennis and Derrick Simpson the leader of the trio. After some time finding his sound as a soloist Carlos blossomed in May 1981 releasing his debut album the cultural roots LP 'Suffering' for Negus Roots.
He has since become popular on the live scene and has released twelve solo albums working alongside Gold (2), his backup vocalist and co writer. Some of his most notable albums include 'Harvest Time', 'Day to Day Living' and 'Them Never Know Natty Dread Have Him Credential' released in 1982, 'Pass Me The Lazer Beam' a.k.a. 'Spread Out' released in 1983 and 'Plantation' released in 1984.
In 1988 he recorded Jingle Bells with Glenice Spenser on 'A Reggae Christmas' on RAS Records. From 1989 to 1994 he re-united with Simpson and Dennis as the lead vocal for Black Uhuru releasing a foursome of albums. Though Carlos' solo peak period was during the 80's dance hall craze, he still maintains his roots flavor and melodies and to this day remains quite popular performing all over the world.
Sites:
doncarlosreggae.com, Wikipedia
Aliases:
Euvin Spencer
Variations:
Viewing All | Don Carlos (2)
Carlos, D Carlos, D. Carlos, D. McCarlos, D. Mcarlos, D.Carlos, Don Carlos (gb2), Don Carolos, Don Mc Carlos, Don McCarlos