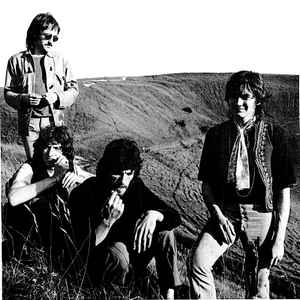 Profile:
English rock band whose members came from the West Midlands. The group formed in April 1967 by Steve Winwood, Jim Capaldi, Chris Wood (2) and Dave Mason. They began as a psychedelic rock group whose early singles were influenced by The Beatles and diversified their sound through the use of instruments such as keyboards like the Mellotron, reed instruments, and by incorporating jazz and improvisational techniques in their music.
After disbanding in 1969, during which time Winwood joined Blind Faith (2), Traffic reunited in 1970 to release the album John Barleycorn Must Die. The band's line-up varied from this point until they disbanded again in 1975, although a partial reunion, with Winwood and Capaldi, took place in 1994.
In 2004, Traffic was inducted into the Rock and Roll Hall of Fame.
Sites:
Wikipedia, imdb.com, britannica.com
Members:
Barry Beckett, Chris Wood (2), Dave Mason, David Hood, Jim Capaldi, Jim Gordon, Rebop Kwaku Baah, Rick Grech, Roger Hawkins, Rosko Gee, Steve Winwood
Variations:
Viewing All | Traffic
Steve Winwood's Traffic, T4affic, The Members Of Traffic, Traffic And Others, Traffic Etc, Traffic, Etc., トラフィック

September 2, 2021
In the late 70s/early 80s I had all the Traffic albums and listened and enjoyed them. By mid 80s I had sold them all and never listened to them again. Maybe I just overdid it.
Reply Notify me Helpful

Wow I had no idea they were inducted into the rock ‘n’ roll Hall of Fame in 2004. Awesome ! Hopefully the Moody Blues and Yes are next as which has been discussed on the Howard Stern show.......